Repost from March 1, 2010
We’ve all heard the story. First girl in the garden walking by the tree of 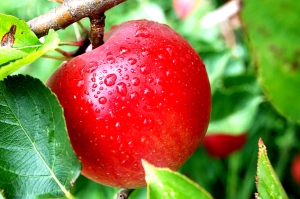 forbidden fruit. She’s obviously looking… who wouldn’t? It’s forbidden. Classic… to us; this was new back then. Maybe she’s wondering why it’s forbidden, maybe imagining what it tastes like.  God never gave the details; he just said no.

While she’s turning the beautiful snack over and over in her mind, the sleek muscled body of the serpent glides down from a nearby branch. Her contemplations are met with his easy reasoning and ssssweet half-truths about God and the fruit. Gentle, whispered assurances turn her disinterest into hunger and the innocence of mankind is stripped from the lips down with the first bite. Eve’s mind had consumed the curse before her body felt the effects but the first sin was precipitated by this carefully orchestrated seduction.

Ironic, isn’t it, that seduction is so popular today?  We even take it as a complement when someone says “that’s so sexy”. One could say it’s just a style but style is a form of communication. What are we trying to communicate?

The model’s slow, sensual curves sway on the way to the bar for a beer in one commercial; another one curls herself around the muscular guy who just shaved. These images dance at the limits of perceived social acceptability. For a while we subconsciously cringe at the audacity of public four-play but the discomfort turns to wonder, the wonder into hunger. Our mind takes us to the foregone conclusion before our body reaches the finish line but, according to the Center for Disease Control, this year, one in four young people under the age of 25 already has a sexually transmitted disease that could dramatically alter or end their lives. This says nothing of those over 25. We’re still reliving the first sin, pulled in one step at a time by the same silver-tongued serpent using the same tactics but this time, we’re the biter and the bait. 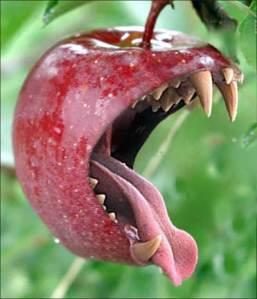 Satan is a counterfeit of God, sticking his long, forked licker in the ear of anyone who will listen. He’s been trying to use us and kill us since the beginning of time and, according to Revelation, it’s only getting worse. With vampires, witches, werewolves, sorcerers, sex, and gods on the upcoming entertainment menu of the year, it’s obvious he’s working overtime to hijack our thoughts. Satan has his copy for God’s original in every area as heaven and hell battle for our hearts. Unfortunately, unlike China or South America, the copied brands cost more.  We sell our souls in this bargain.

Imagine handing a guy on the street a counterfeit $100 bill; besides being really excited about it, he’s probably not going to know the difference between the fake and a real one. Unless he’s specifically trained to see the disparities between what’s real and what’s not, he’s going use it. The same is true of us. Do we know how to see the differences between the Truth and a lie?  You might hear every sweet word you’ve ever wanted whispered in your ear; you may see every effort made to please and “serve” you; the tender touch of lips against your hand will promise every dream fulfilled in life but the ultimate goal is total domination and possession beginning with your mind and heart. With those in hand, the snake already has control over you, body and soul.  Fortunately, while we live, it’s never too late to “be transformed by the renewing of your mind.” (Romans 12)

Seduction and lust is selfish, jealous, impatient, impassioned, physical, and isn’t love. Real love by contrast is pure, innocent, and deeply committed. Jesus cites it as the mark of a disciple. “By this all men will know that you are my disciples, if you love one another.” (John 13:35) It’s interesting. The gospel, put very simply, is the concept that real love, in its purest form, is the remedy for that sexy snake bite, its Satanic counterfeit; just like the Truth is the only cure for a lie.

“If you can't explain it simply, you don't understand it well enough." - Einstein
View all posts by Brittany →
This entry was posted in Renewed Thinking. Bookmark the permalink.