With or Without Romance 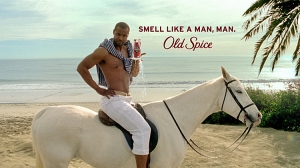 Hello ladies. How are you? Fantastic. Have you ever noticed how much we’re pressured, manipulated, and handed ultimatums by society, our peers, and sometimes even our families about the relationships we’re supposed to have? Have you also noticed that it’s all just about as intangible as the steam from your shower? We’re not happy because we think we’re missing something that we desperately need: namely, a man.

I see it every week. Many of you languish in your desire for romance. Even those of you who are in relationships right now hang your every hope and dream on whether or not he calls you or talks with you in a given day. Your statuses on Facebook cry out for the attention I know you’re craving. My heart breaks over and over every time I read “what’s on your mind.” I know you struggle with insecurity because you’re not dating but it’s better to be single with high standards than to be in a relationship that’s mediocre! You may not think so but we chose to follow a destiny that was bigger than us (and any man we may meet in this life) when we gave our hearts and lives to Jesus Christ. What man can possibly compare to the passionate, all-consuming love of the Almighty Creator of the Universe?  He made you priceless… with or without a man. Your worth is not about who you’re with; it’s about WHO YOU ARE.

This struck me again a few days ago when, after only a short while of “talking” with a guy this week, kissing -and how it feels and where it leads- suddenly came up in conversation. I

felt flashes of insecurity and insane discomfort at his pro “go-for-it” stance. He was attractive, fit, claimed to be a Christian, and had a decent list of “good” qualities, including a good job, a nice Christian family, and continued pursuit of further education.  But physical desire was written all over him. The moment I began to feel like less because I’ve made a stand for purity was the moment I felt moved to rise up against another mental and emotional attack. I know what God has called me to be! Once again, I had to remind myself that it doesn’t matter how long you have to wait for God’s best, DON’T SETTLE!

Ladies, if a guy isn’t a spiritual leader now, YOU can’t change him! We’re wired to be responders. If he’s always pushing the boundaries in your relationship, he’s in essence saying “I don’t respect you” and “I’m not interested in protecting innocence if I can get something I want.” How can God touch him when he’s so distracted by touching you or the idea of touching you that he can only think of one thing? If your relationship doesn’t reach any further than the next physical encounter, spiritual goals obviously aren’t a consideration in his mind (maybe not in yours either – check your motive. Where’s it driving you?).  Just because he says he’s a Christian doesn’t mean he is. Demand proof. If he wants a Christ-centered relationship with you, you can’t keep forgiving what he’s still living!

Praise God for the hope I read in the faces and declarations of the teenage young men I talked with after church today. I can’t tell you how proud I am to have such amazing brothers. Cody told me today that he “doesn’t want a girl that’s given everything away to another dude” because “he’s saving everything.”  Sky told me the same thing. Even though these guys have already been propositioned, pressured, and enticed by predatory girls who wanted to take them down, they’ve made a hard stand to protect their bodies, minds, and hearts for the pure, beautiful, committed one God will put in their lives someday. My brothers, Brent and Bryson, are passionate about this too, even though I know all these young men have struggled at times with their thoughts. Being ready to fight for God’s best should be the top criteria we look for and hold up as an example.

We’ve got a tough job; so do our guys.  Let’s make it easier for all of us by remembering who we are and what we’re here for. Wear your heart for Jesus Christ on your sleeve; treasure your hopes and ideals for a pure, beautiful romance with Prince Charming in your back pocket. Hold out for a REAL man who pursues a high standard (and pursues you) with all the respect and discipline of a diligent, skilled soldier of God’s. “Someday,” I guarantee, will be worth waiting for.

“If you can't explain it simply, you don't understand it well enough." - Einstein
View all posts by Brittany →
This entry was posted in Uncategorized. Bookmark the permalink.

5 Responses to With or Without Romance